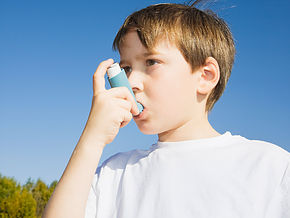 Let me start off by saying this: I definitely DO NOT think it’s okay to make fun of asthma or people who have asthma. It’s a serious medical condition.

Did you know that over 25 million Americans have asthma? Perhaps you know someone with asthma. Does their asthma seem to flare up when they are around dust or computers? Asthma attacks can happen at any time and some can be quite serious.

So, then why is it okay to make fun of asthma in movies or TV shows? It happens all the time. A 2012 study shows that movies like Goonies, Sidekicks, Signs, and Jimmy Neutron, all have characters with asthma and, at times, the characters’ asthmatic condition is used as comedic relief.

Almost 1 in every 10 children in the U.S. have asthma. If it’s such a prevalent issue, then why is asthma seen as acceptable to make light of? It would never be appropriate to make fun of kids in wheel chairs, with AIDs, with cancer, or with any other medical condition. So then why asthma?

The Dust Bender was created specifically to combat the overwhelming need for a better solution to dust accumulation. (Click here to read our full story.) We don’t think asthma is a laughing matter and know that Dust Mitigation will help to lower the frequency of asthma attacks.