Read how this woman’s allergies got so bad
that the Dust Bender was born. 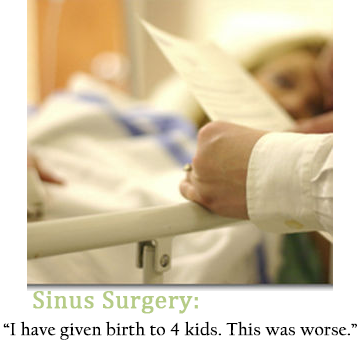 Over the past several years my wife, Gaby, was having terrible migraine headaches.
The headaches were getting worse and became quite debilitating. We have four kids and some days she just could not do anything.

We finally had CT scans done, revealing that she had severe congestion in her sinuses. We also had allergy tests done and it turns out Gaby is allergic to many things, but most of all dust! Eventually Gaby had sinus surgery because the effects of allergies progressed and were now severe. We have four kids, and Gaby said this surgery recovery and the pain were far worse than giving birth.

Surgery helped a lot, but we were not in the clear. The doctor said we had just set the clock back and if we did not make any changes we would
be right back where we started. We changed a lot of things:

• Purchased allergenic sheets for the bed
• Got rid of most of the carpeting in our house
• Purchases a good HEPA vacuum cleaner and got an air filter
• Most of all, started paying a lot more attention to dusting hard to reach areas where dust mites love to breed because of dust build up. Ewwwww.

People who are allergic to dust are really allergic to the dust mites (and the matter they leave behind) that live and breed in the dust. Getting to these hard to reach areas was very time consuming: Inside the entertainment center, between the DVD and cable box, on and between the DVD and Blu-ray collection on the shelves, and on the book shelves where we have lots of framed photographs of the kids. I wished I could have just used one of those air can thingies that we use to clean off computers and electronics, but then suck the dust up while it was airborne. And so became the Dust Bender.

Dusting became fun and the time it takes to do it is now a small fraction of the time it used to take. And… we can get those hard to reach areas that were nearly impossible to get to. And this house is CLEAN!